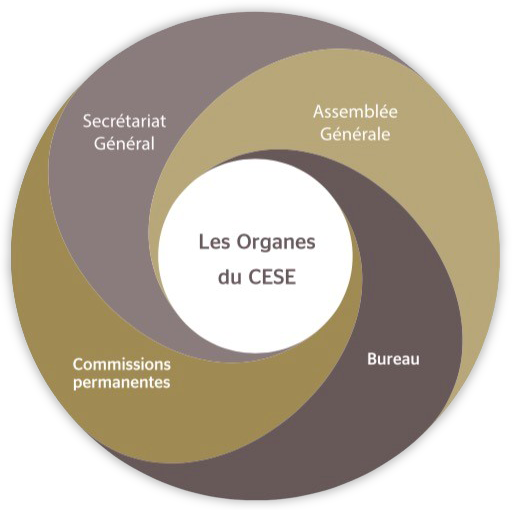 ESEC through its opinions and reports expresses the point of view of organized civil society. In order to do this the Council conducts its activities by relying on operations in cooperation with 4 bodies:

The General Assembly meets in ordinary or extraordinary sessions:

• Ordinary sessions are held monthly unless the Executive of the Council decides otherwise.

Includes, in addition to the Chairman of the Council, 5 members elected during the General Assembly. Each of its members is a representative of one of the categories of the Council. It also includes the Presidents of the standing committees.

The Executive of ESEC prepares the draft agenda of the GA, the draft action programs of the committees and working groups created within the Council and implements the decisions of the GA.

Are made up of representatives from each of the ESEC categories.

They are responsible for preparing draft opinions and carrying out studies or research requested by the Government or by one of the two Chambers of Parliament (referrals) or those which the Council has taken the initiative to carry out (self-referrals).

These Standing Committees are as follows:

• The Committee on Economic Affairs and Strategic Projects;

• The Committee for Employment and Professional Relations;

• The Committee on Social Affairs and Solidarity;

• The Committee on the Environment and Sustainable Development;

• The Committee of Knowledge-based Society and Information;

• The Committee for Analysis of the Economic, Social and Environmental Situation;

• The Committee for Advanced Regionalization and Rural and Territorial Development.

The administrative and financial services of the Council are directed by the Secretary-General, under the authority of his President; and are responsible, among other things, for the registration of referrals to the Council, the preparation and organization of its work as well as the updating and safekeeping of its opinions, reports, files and archives. 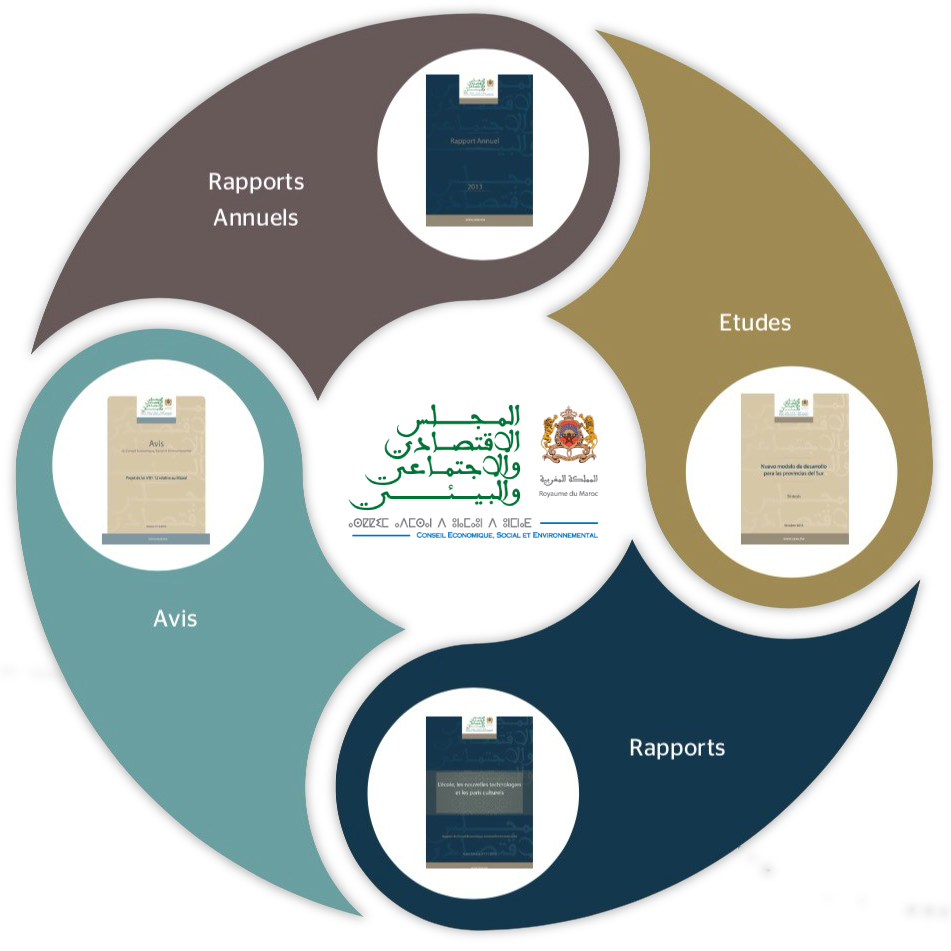